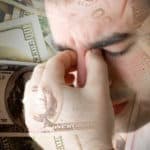 The cost of cocaine has dramatically risen in the past two years. According to USAToday , the price of one  pure gram of cocaine has increased by 47% since 2006 selling for $137 for one gram. A cocaine addict can easily spend upward of $100 per day on cocaine, or $36,400 per year. Cocaine users prioritize the euphoric experience and place the purchase of the drug over much else such as paying rent bills food etc. The euphoric feelings take precedent and can mask any financial worries   causing the habit to be seemingly affordable.

Along with cocaine costs rising Methamphetamine is proving to  be one of the most expensive drugs on the street. The going rate for one pure  gram of Meth is around $245 which is a dramatic leap from $133 in 2006. Meth users may spend more than $1 000 per week resulting in expenditures of  approximately $52 000 per year. Methamphetamines are also known on the street  as “Ice”, “Glass” or “Speed”. One eight ball is 3.5 grams and can cost  anywhere from $250 – $1 200 depending on the cut. An average addict can go  though one eight ball in two days.

An addiction to alcohol can cost you financially and is  the number one drug of choice since it is not illegal. Non-addicted adult  social drinkers can spend $600 per month on alcohol. An alcohol addict can  spend $2 800 per month depending on the amount consumed. For an alcoholic a  night at the bar can be financially devastating with staggering subtotals.  When calculating the cost of alcohol legal expenses related to citations and  criminal offenses lost productivity at work and a shorter lifespan one study (http://www.spiritualriver.com/for-alcoholics-quitting-drinking-will-net-you-over-one-million-dollars/) concluded that the actual cost of alcohol addiction amounts to $37 300/year for  each individual. Most of the time crimes are committed by a person who is  under the influence of drugs or alcohol with consequences ranging from jail  time to hefty fees. A person convicted of driving under the influence will  spend on average $5 540 on their DUI/DWI fees.

The Raleigh House is Affordable

This Drug Rehab in Denver is comprehensive and state of the art in its implementation of proven traditional methods that will help you with your addiction that is costing you money.

Many of us have faced at least some level of addiction to one of more of the following drugs even if it was for a short time. In the midst of an addiction it is easy to ignore the long-term financial impact and justify the satisfaction of the psychological and physical urges. It is hard to see the big picture sometimes on our own and depending upon the level and type of addiction apathy and pride can cause us to ignore consequences. We hope that this will help young people to see the financial impact of starting and promote a deeper inquiry into the real costs of addiction.

Does Cocaine Affect Your Liver?

How Does Cocaine Affect the Heart?

Why You Shouldn’t Give Up on Cocaine Addiction Treatment